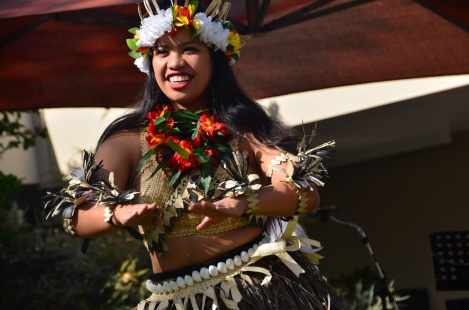 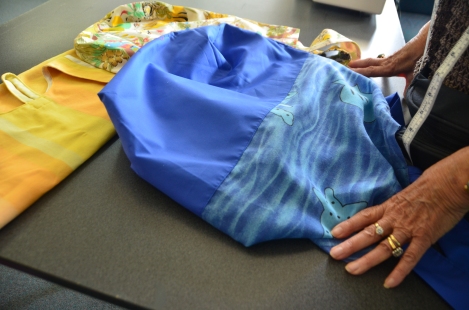 Art to promote caring for the Environment 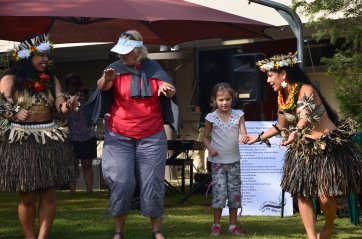 On the weekend I met some of the people from Kiribati living around the Logan, Boonah area.  They came to give a talk on the plight of their nation, as well as to share their cultural dances at the Boonah World Environment Day Festival.  The focus of the festival was sustainability in community development, promoting principles such as recycling, with a special focus on Kiribati.

A friend of mine, who was making material bags to encourage people to do this rather than keeping using plastic bags, invited me along. Last year my eldest son was doing geography and one of the units was on climate refugees.   One of his case studies of  pending Climate Refugees (who are a subgroup of the environmental refugees of the world) was Kiribati.

Kiribati is one of four places overseas I have been blessed to travel to in my life, so as I read the articles my son had received from his teacher about the Kiribati nation gradually going under the ocean as the sea levels rise I could clearly picture the people and place as if they were family.

“The International Red Cross estimates that there are more environmental refugees than political refugees fleeing from wars and other conflicts. The United Nations High Commissioner for Refugees (UNHCR) says 36 million people were displaced by natural disasters in 2009, the last year such a report was taken. Scientists predict this number will rise to at least 50 million by 2050. Some say it could be as high as 200 million.” (National Geographic)

Thinking of some of the wonderful people I met in Kiribati, particularly amongst the women in that community, as well as the many people affected by natural disasters the world over I do so now having some personal experience of what people go through in natural disasters.

But even though Cyclone Yasi was a challenging experience I  am acutely aware  we are so lucky in Australia to have well trained emergency services and immense resources to help people during and after a natural disaster.  We keep refining our understanding of the aftermath and have the time, resources, one could even say the luxury to be able to do that. Yet why should this luck make us care any less about one of our fellow Pacific neighbours and should it really entitle us to consider our economy above our global obligations to others on the planet.

If we consider the interconnectedness of humanity and that what effects one ultimately effects all we cannot forget about the people of Kiribati.

The Kiribati people of the Logan and Boonah area have a cultural heritage and a relationship to the islands they once called home; they carry it with them wherever they go.  Which nations will open their doors to the people still residing in Kirbati if the whole of Kiribati is physically lost?

It’s interesting to consider what would happen if we were in the same position as Kiribati and had to one day see a mass evacuation of our nation.  For all who would deny the impact of climate change in their lives, the increasing challenges of Kiribati, challenge us all to consult to find solutions both short and long term.

Yet there are so many challenges in our world at present, is there something deeper at the way we deal with all of them – how many ‘causes ‘can each of us take on?  Are they all related somehow?

As my son completed his unit of study he had to find possible solutions for the situation in Kiribati, one included the acceptance of the rest of the world to provide a physical home for them and ensure that they could still continue their cultures.  I thought as I watched the young women of Kiribati dance – how wonderful if some of those solutions could be implemented and world think tanks could better harness the idealism and energy of the youth and encourage them to come to the forefront  and how vitally important for international law to protect the people of Kiribati and find them a home.

It is heartening that communities like Boonah, think globally and act locally with their promotion of concepts like recycling and reducing use of plastic bags, composting and looking after the flora and fauna.

It is heartening to hear that New Zealand will take in all the people of Tuvulu and that Bangladesh has 40 boat schools to keep schools going due to their nation’s climate.

It is  heartening to see a fellow cyclone Yasi friend,  Mel Irvine, take her desire to help others and spend time in the Philippines assisting environmental refugees rebuild their lives.

After Cyclone Yasi finding the Smile within

3 thoughts on “Kiribati and Boonah – heart to heart”