There have been times when Shirley Lynn has doubted herself or felt intensely critical of her work, but she works through this trepidation by reaching out to other musicians and making sure she shares her songs anyway.

I’m learning to have more confidence as a creative. I can recognise negative thoughts, hearing what they have to say is a part of my process as is being selective about the need to act on them or not.

Lynn explains that she has regained her confidence, gradually and methodically, through jamming, building to public performances and doing performances with others, such as muso Jim McCabe who she formed the duo Silktones with.

Lynn first performed with McCabe at Clifton Capers, when she was venturing out to perform after her long break from music in the public arena. This friendship and collaboration led to the current Liberty Album. Lynn and McCabe worked collaboratively to develop these songs to their current form and they produced the album with the help of Peter Grayson at Tonic Sound, Yorkeys Knob.

Lynn has long moved on from that teenage self- expression focus to write songs that strive to be uplifting, real and relevant.  She is inspired by life, experience, listening to others stories and places.

She has written songs inspired by history and place, referencing topics such as the Cairns -Kuranda Railway and early settlement in Queensland.

In ‘A New Tomorrow’ she sings of the emotions of the migrants leaving their home.

‘ We hold our dreams in our heart
With sadness from our homeland we part
With this journey we’ll make a new start
Carry us forth, let the wind blow
Fill our sails as we go into a new tomorrow’

Lynn was raised on the Atherton Tablelands; with places there that still find their way into songs she writes.

’I wrote ‘Barron River Dreaming’ about my dad, who was a hard worker with humble beginnings who lived on the Barron River. Some of the filming for ‘My Kind of Paradise’ took place at the Lower Barron Gorge and because of my family history I felt a special feeling of connection through the flow of the river from the Tablelands to the coast. The River is special because it ran through the rural property in Upper Barron where my father’s family lived. .

As well as mastering live performance Lynn has embraced the recording process.  She wants to produce many more songs drawing on  her past studio sessions.

She most recently wrote and recorded a song for the opening of the Fitzroy Island Rehabilitation Centre and now loves to sing this song, “Sea Turtle Quest” on occasions at performances to highlight greater awareness about saving our sea turtles.

When I sang the song at the opening on Fitzroy Island it was such an amazing day. Bob Irwin was in attendance with Jennie Gilbert, corporate sponsors and volunteers and two turtles – Bonnie and Clyde were released back into the ocean on the day.

In recording the song we laid multiple tracks with birds , ocean and boat sounds The song has a monologue at the start and listeners are encouraged to think from the perspective of turtle.

“From beneath the sand I hatched, digging all the while,
Reflected light, the water – a beacon I recognised
With legs and muscles pumping, I ran the gauntlet fast,
A hungry mob were waiting… tasting… eating…
…I managed to outlast!
I made it to the ocean, fought hard to beat the surf
Shadows round me lurking – new predatory turf
Threats from human hazards – risks so manifest
An epic journey every day…
…I am a sea turtle, this is my Quest.”

This song is in the forthcoming CD compilation from Songwriters on the Waterfront produced by Terry Doyle.

Lynn tells me that she would love to record ‘Barron River Dreaming’ just as she did the Turtle song. Furthermore, she would also like to record her song, “Beaten and Broken” which relates to the book of the same name written by Rhonda Norbury, a real story about a tragic situation when violence was inflicted on a young teenager and the courage, strength and love of a mother ‘s struggle for the survival of her daughter. 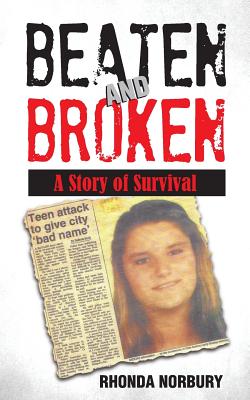 Lynn sees the production of her work as a legacy she will be able to leave for future family generations. She has a few more albums she’d like to create.

I’d especially like to get out an album created for Blue Tonic. It’s already underway and will include songs from multiple songwriters in the band. An annual community event at Yorkey’s Festival of the Knob bought about jamming practice in Pete’s garage from which the band originated.

With the experience of the turtle song behind her Lynn is open to doing more commissioned songs as well,

Lynn will continue to apply to play at more festivals for which she has had mixed success, but she does not let any setbacks stop the forward march of her creativity and determined effort with song writing. She took up the opportunity to co-facilitate a song writing workshop at a music industry forum with Terry Doyle at the Tableland Music Lovers shed this year sharing tips, tools and insights that she has been made aware of on her way.

My primary recommendation for other pending songwriters would be that they take regular action to shape their craft so they can step the journey that they aspire to with an open mind to all that may be possible.

Lynn demonstrates that the impulse to share a real and relevant story and build up the skills to do that in the most skilled way possible can lead to the achievement of dreams at any point in life.

Musical artists such as Lynn do not measure their success in terms of widespread fame, but rather in leaving a legacy of original songs that give joy, remembrance and a sense of the Australian setting and culture to future generations. She strives to make her work of the highest quality that she can, and shares it as widely as opportunity enables her to.

Artists like Lynn never give up on their music, rather they have learnt to go with the flow of life, and let that life into their music.

You can find out more about Shirley Lynn’s music at the following:

Watch out for my upcoming album reviews.  A big thankyou to Shirley Lynn for taking the time to have a chat for this blog.