Twenty years ago this was what I was doing. 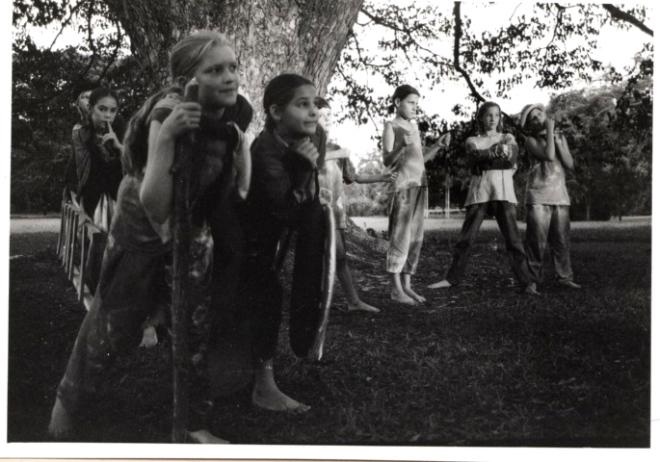 A scrap book page of a project I was a dramaturg on – ‘Beginnings.’ I researched the stories and supported Kaela in the development of the overall structure of the show.

We had two guides – one representing air and one earth. They were the two oldest people attending the youth group.

They split the audience in half and guided them through the park to stop and listen to stories.

Then each drama class had a story that they had found or one they chose from the ones I found that they then dramatised as the audience sat.

Finally it all came together with the the two guides bringing the audience back together, and I think we watched a puppet show at the end.

I did a lot of work with the guides who had to improvise their characters and stay in character whilst leading the audience around.