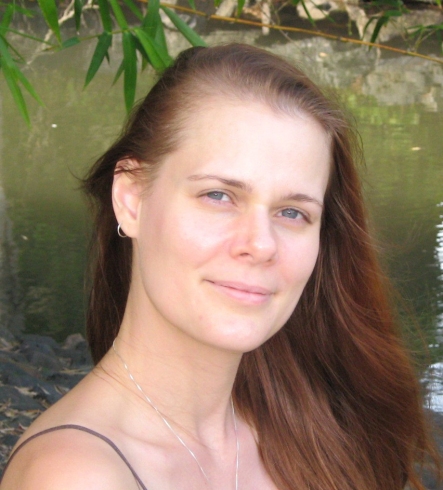 Lauren Daniels has worked in publishing since ’92 with Ziff-Davis in Boston. In ’99, she completed her MFA and moved to Australia where she has edited 70 titles of fiction/non-fiction for the literary publisher, IP, among others, and supports authors who seek publication both here and overseas.

Since winning the Newport Poetry Contest in ’87, Lauren has published work in various international periodicals. The manuscript for her novel, The Serpent’s Wake: A Fairy Tale for the Bitten shortlisted with the 2016 Half the World Literati Award in Singapore and her essay, ‘Maternal Lines’ appears in Australia’s Antic Literary Magazine this year.

Lauren served on the Board for the Erica Bell Foundation in Hobart and as a Youth Arts Queensland mentor. She taught writing at UQ and TAFE and directs the Brisbane Writers Workshop.

1.Have you been to the Sandcliffe Festival Before?

This is my first time and the line-up is wonderful. The dinners and panels are a tremendous Queensland roll call.

2.What are you looking forward to and how did you become involved in it this year?

First, I’m excited for the collage of viewpoints. The topics are rich and provocative across the schedule. Late last year, I chaired the Alice Award panel with Shelley Davidow, Kris Olsson and M.K. Hume for the Society of Women Writers Queensland and Brisbane Square Library. The topic was gender bias in the publishing industry and I have to hand it to the Society: they have brilliant events and know how to gather our talent.

3. What is the main focus of what you will be speaking about at the festival (A short sneak peek )

I’m chairing the event at the Brisbane Square Library with Veny Armanno and Melissa Lucashenko for ‘Insights of an Outsider’; a theme that underscores much of their literary work and serves up as a familiar perspective for writers across the globe.

For ‘Write of Passage’, Susan Johnson, Jacqueline Henry and I will be discussing the power of language as a societal catharsis and catalyst. That is both an immensely personal and vastly universal topic and I’m excited to see where it will go.

4. If you could choose to a favourite literary character, who would you be and why?

A tough question, considering all of my favourites are mired in conflict and usually end in tragedy. Still, I’m a New Englander called due south, so call me Ishmael. The consummate writer—though he himself doesn’t write a word—observes everything meticulously and disappears into the action to offer as objective a vision as possible. Ishmael survives an alien, dangerous world captained by a madman and befriends those worth befriending, especially Queequeg. His wisdom is hard-earned as it shapes every page of Moby Dick. There are so many potent one-liners like this one: ‘Better sleep with a sober cannibal than a drunken Christian’, sharp as scrimshaw carved from a sperm whale’s tooth.

To find out more Lauren Daniels visit the following links

Organised by Society of Women Writers QLD and funded by Lord Mayor’s Writers in Residence program.

Free entry, but library would appreciate bookings so they have some idea of numbers. Please ph: library on 3403 4166.

Dymocks Books will be there selling author’s works