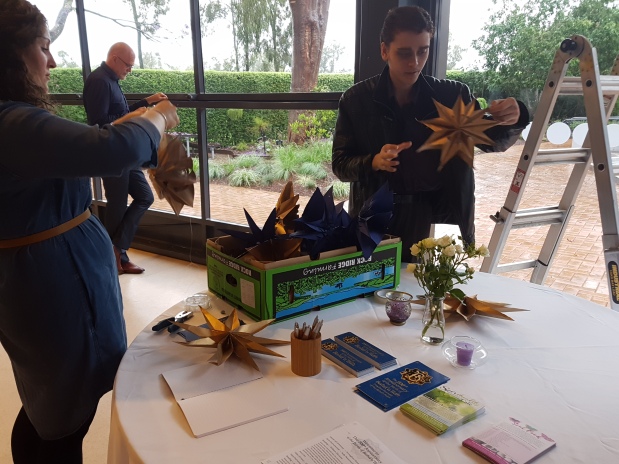 We arrived earlier in the day to set up.   Nine pointed stars, royal blue and gold, found their way around the room.

Tables were covered with cloth.

Flowers were laid out. 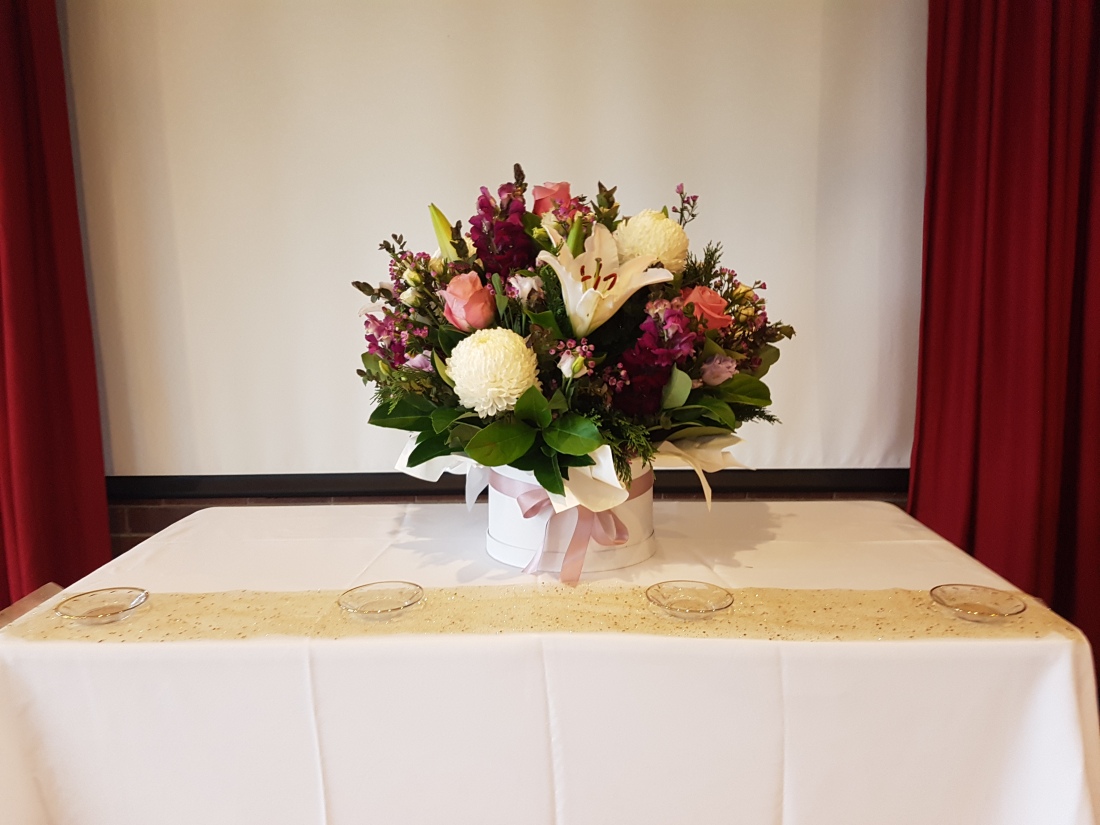 It was raining.  The Jacaranda’s shed their purple flowers  and birds sang in trees.

Everyone worked together in unity to have everything ready for when the guests arrived. 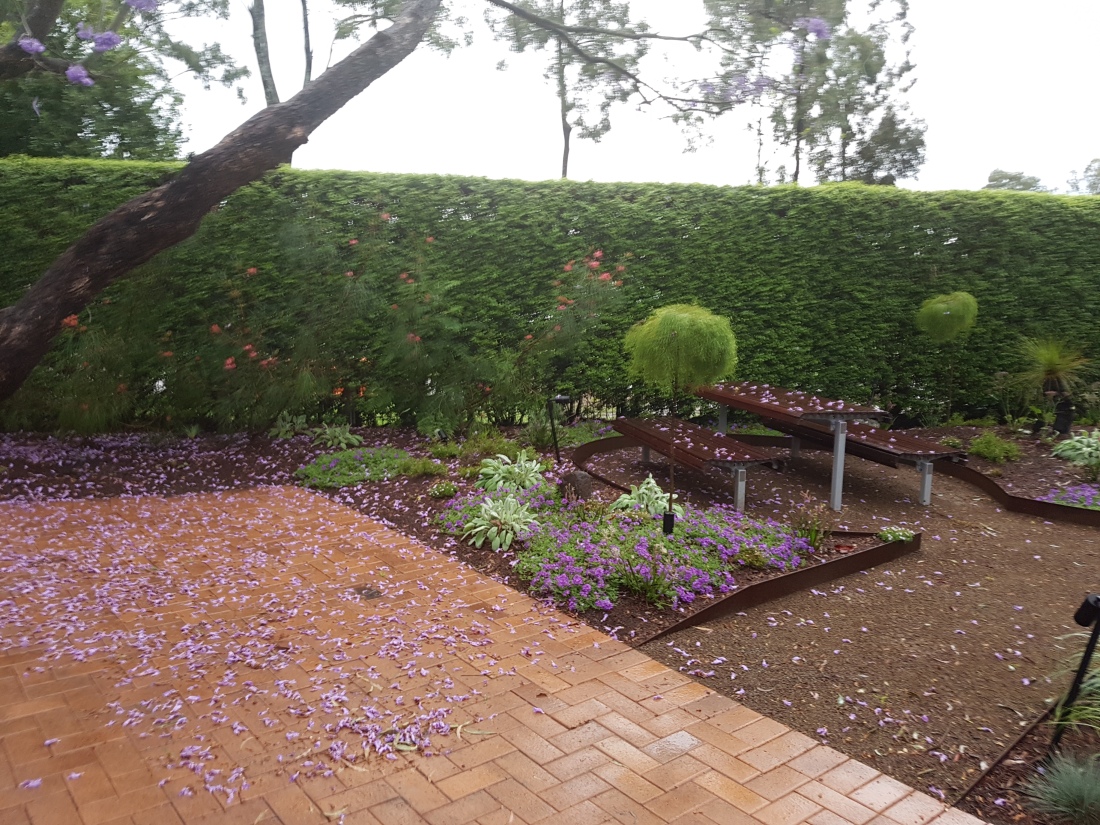 Some of my photographs were placed in the room for a mini exhibition. 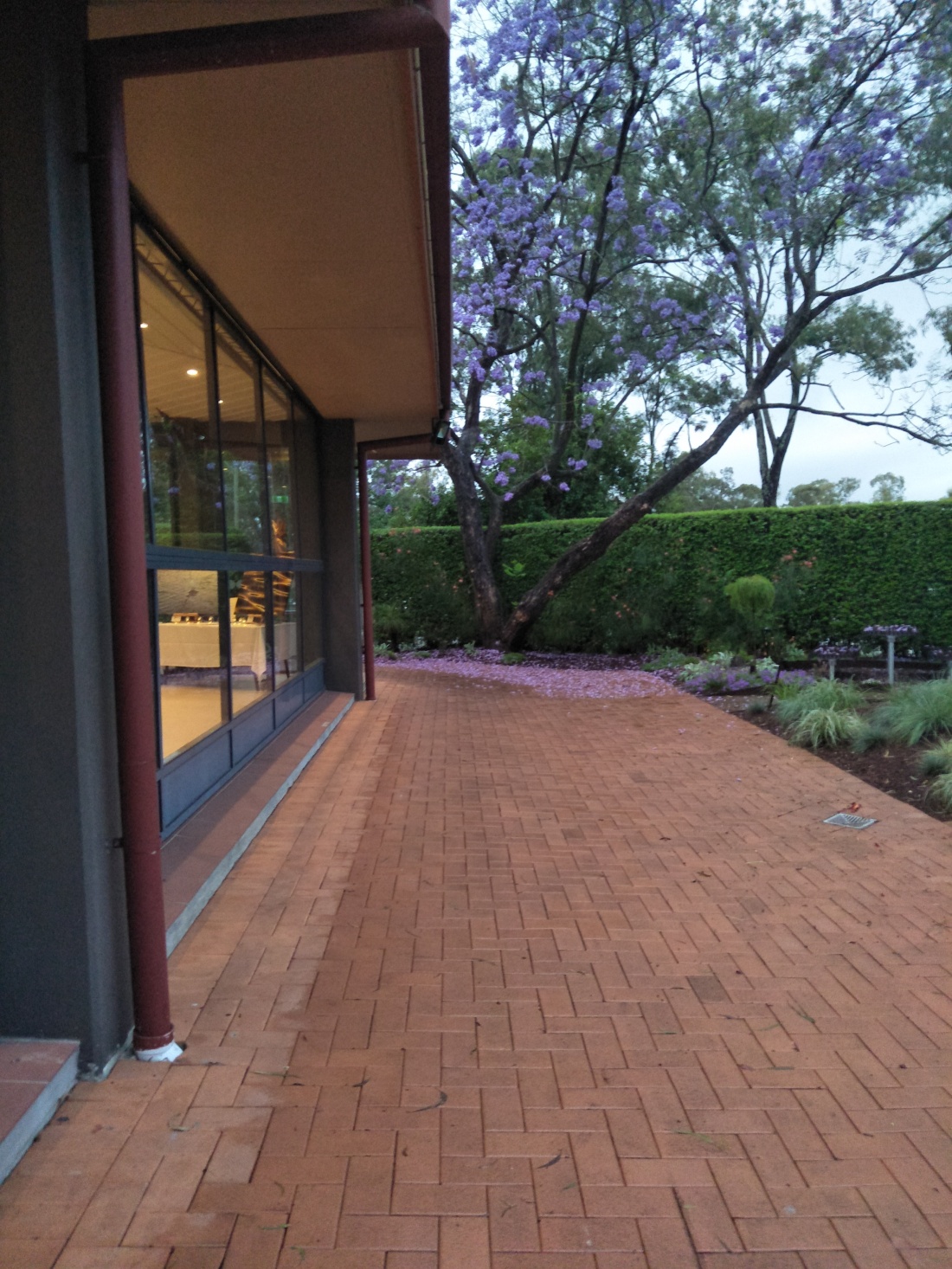 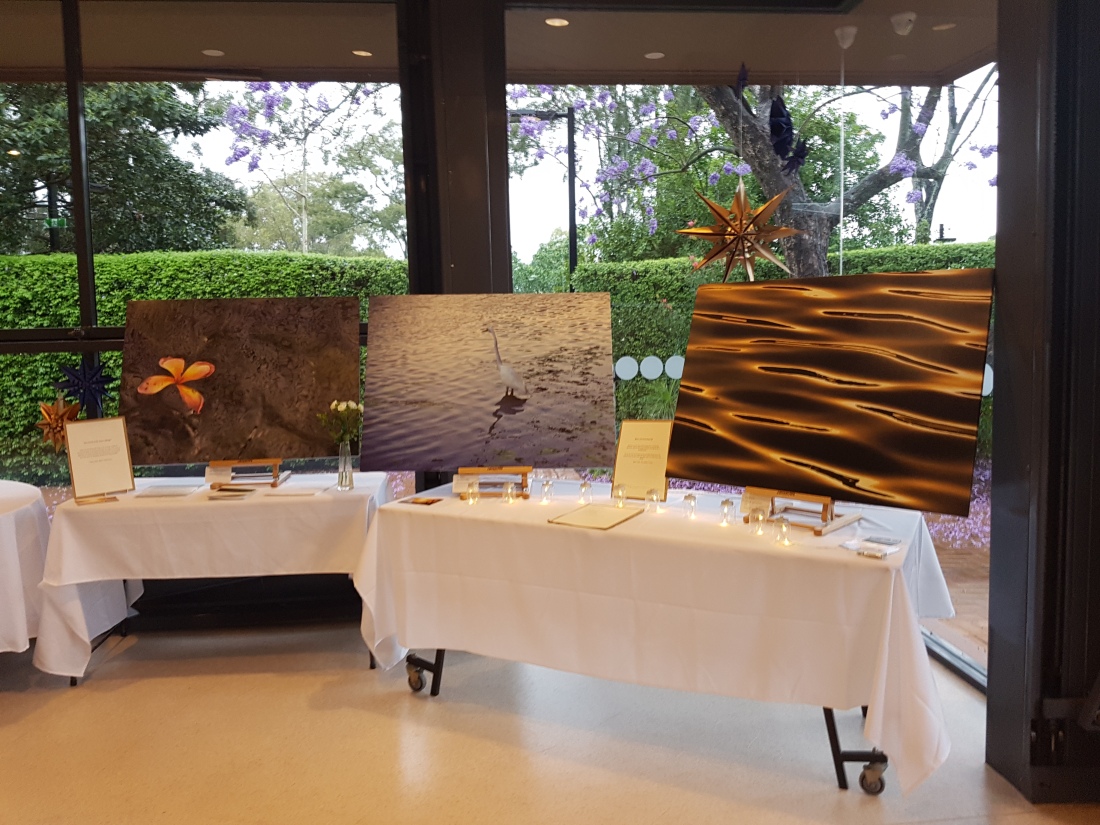 As people arrived they were met by the usher who offered them a program.

He did not leave his task until everyone was seated. 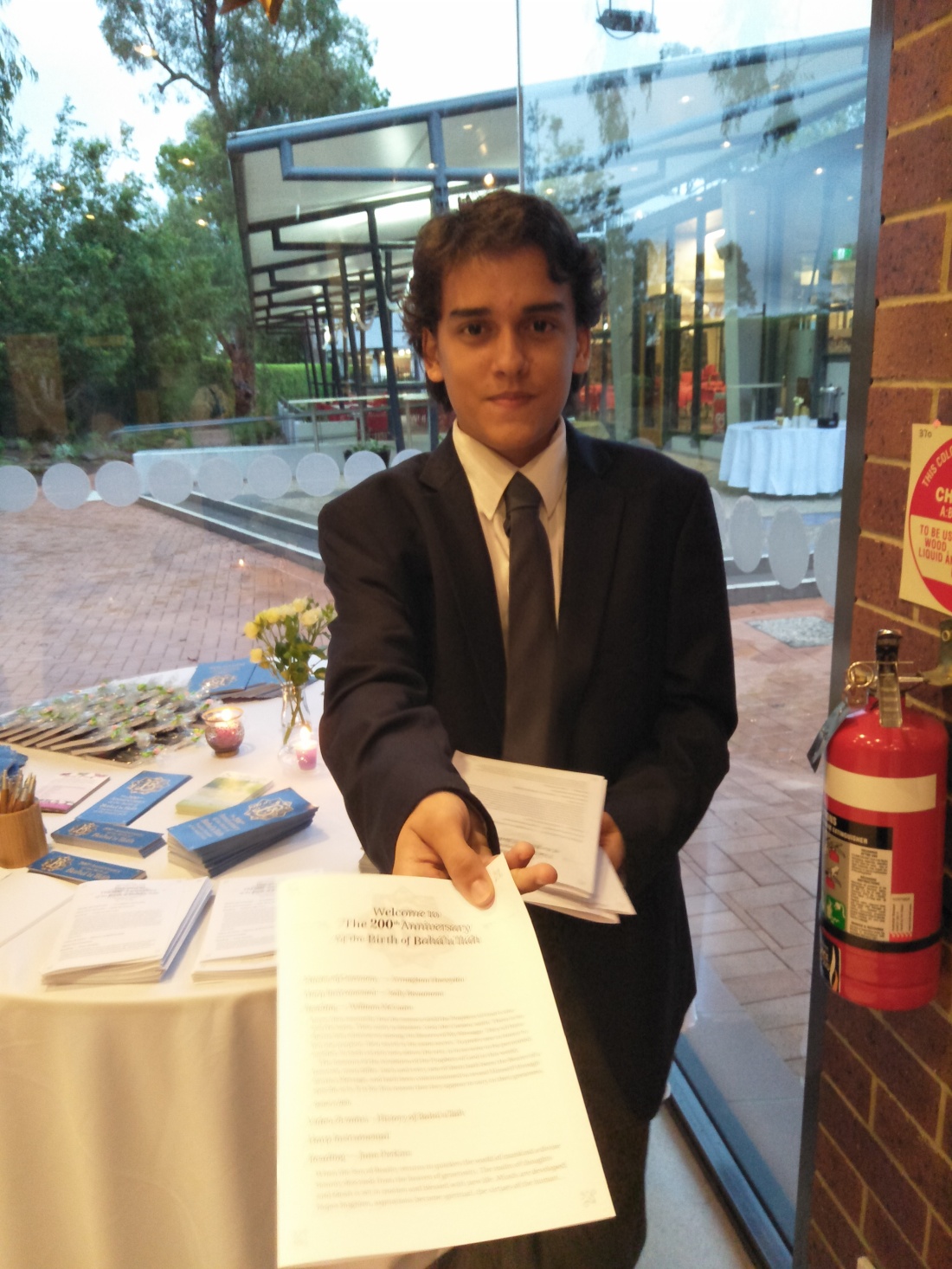 A table of information for the event was available. The Youth had helped package the Hidden Words, as well as make the nine pointed stars for the event. 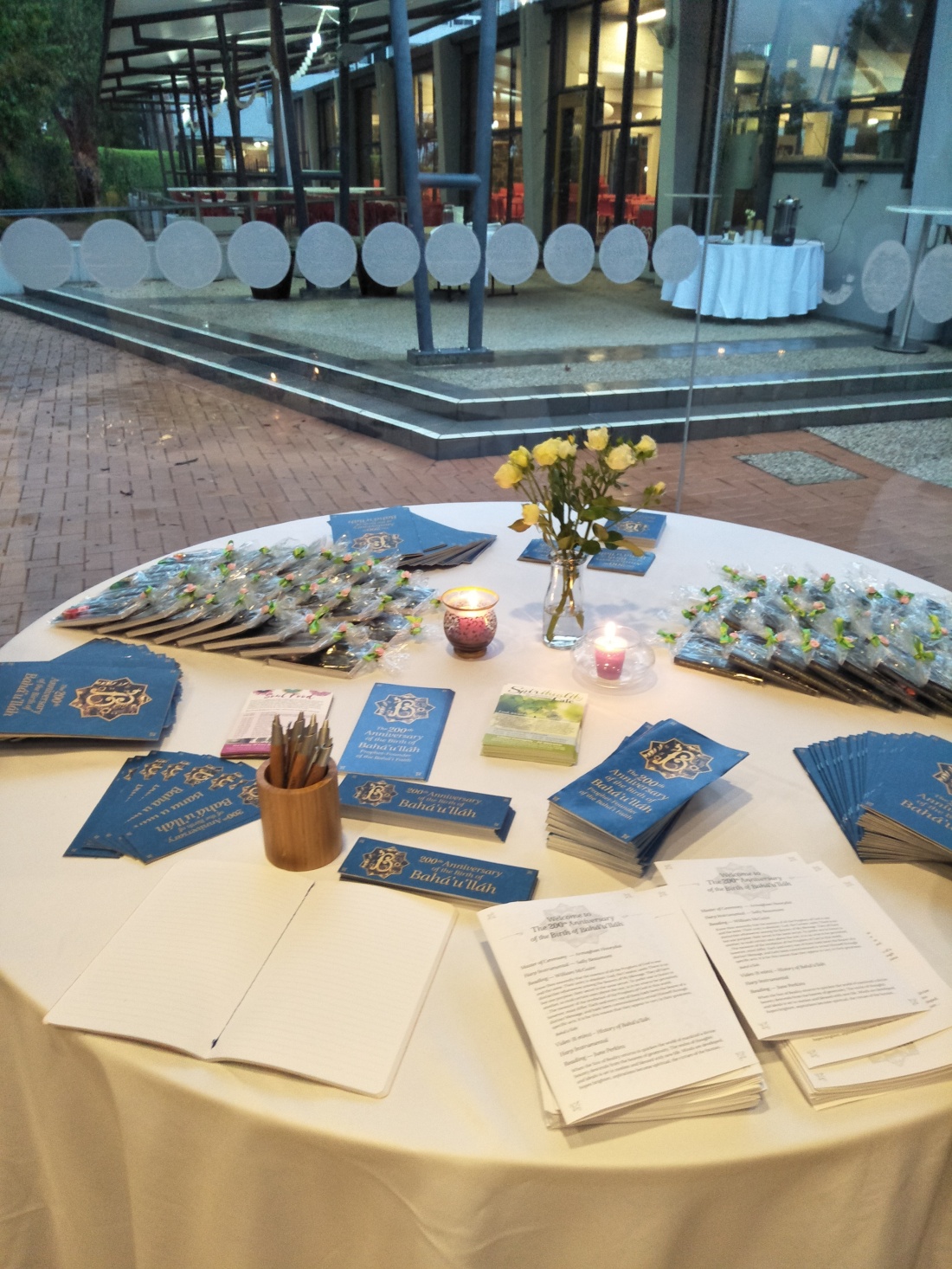 The Harpist arrived and began to warm up. 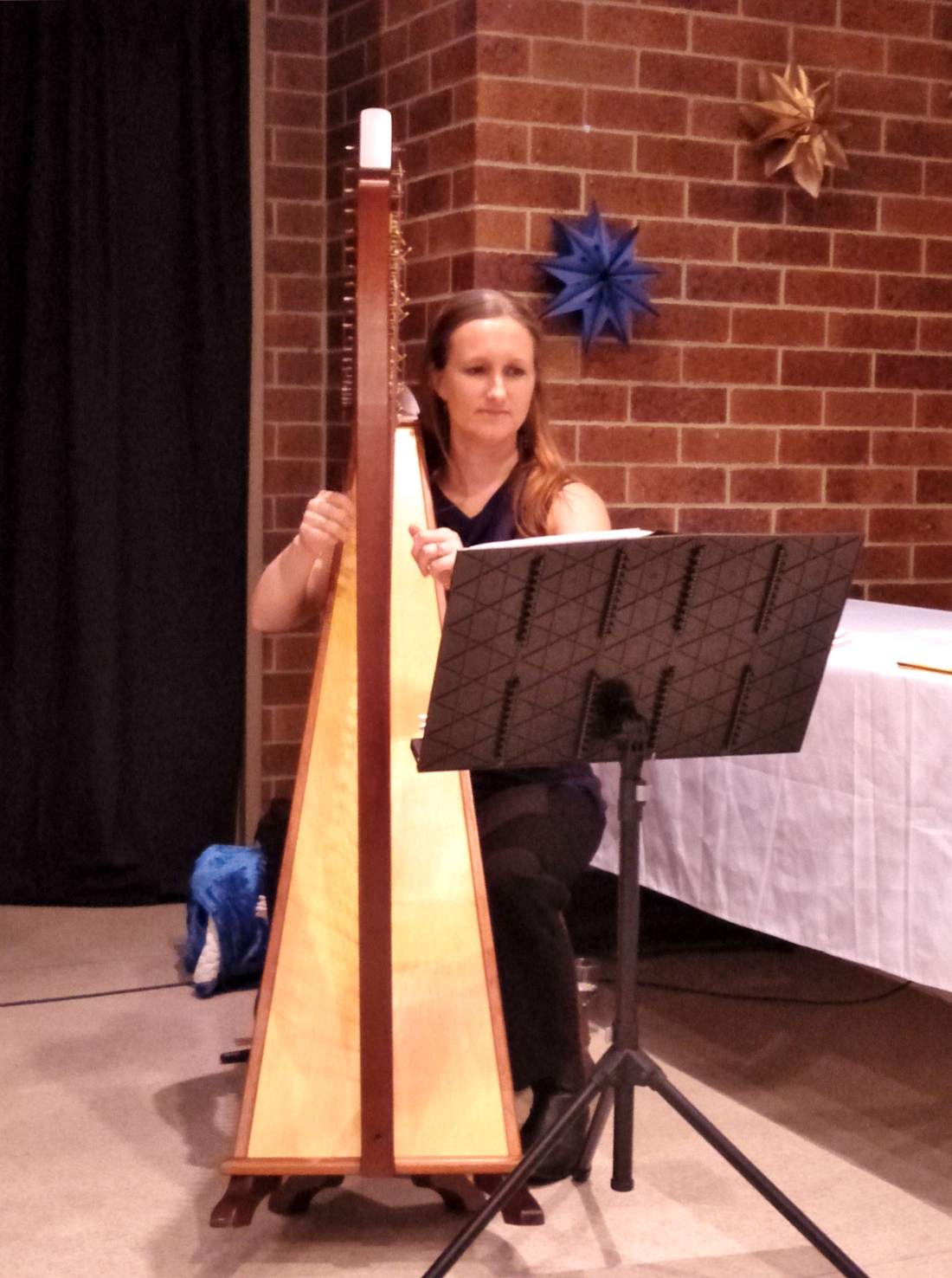 Friends greeted each other. 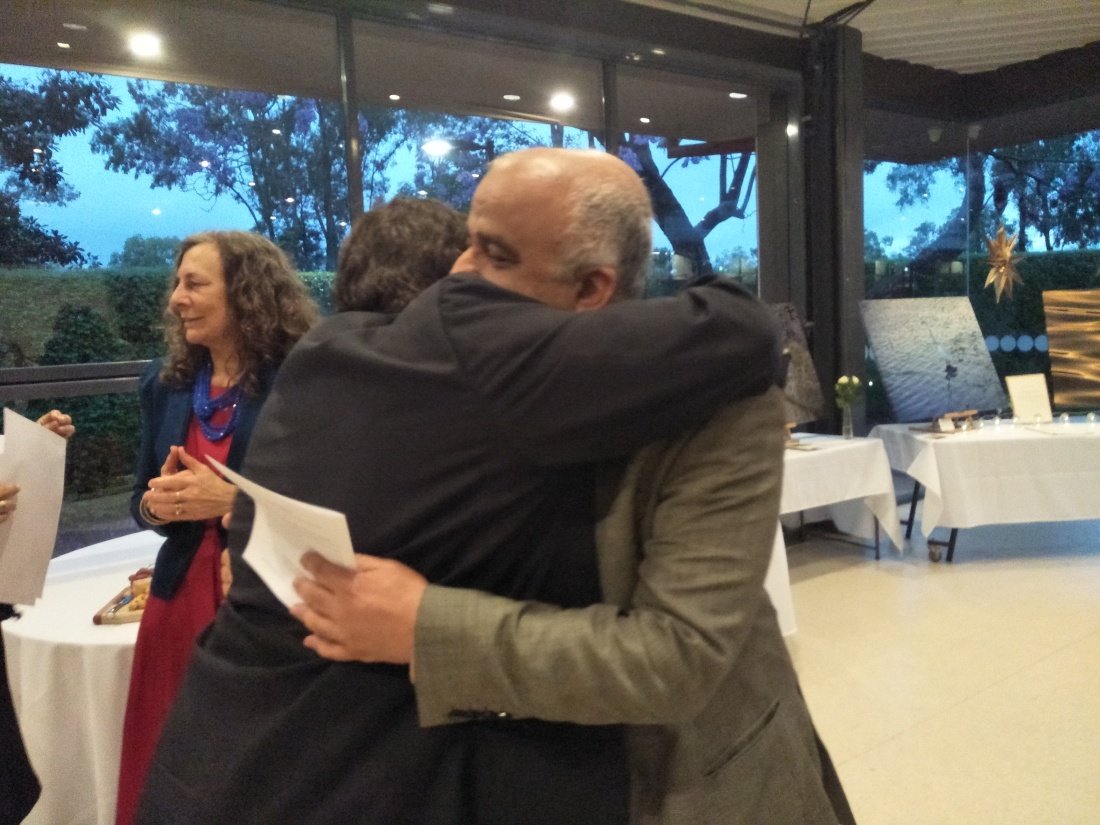 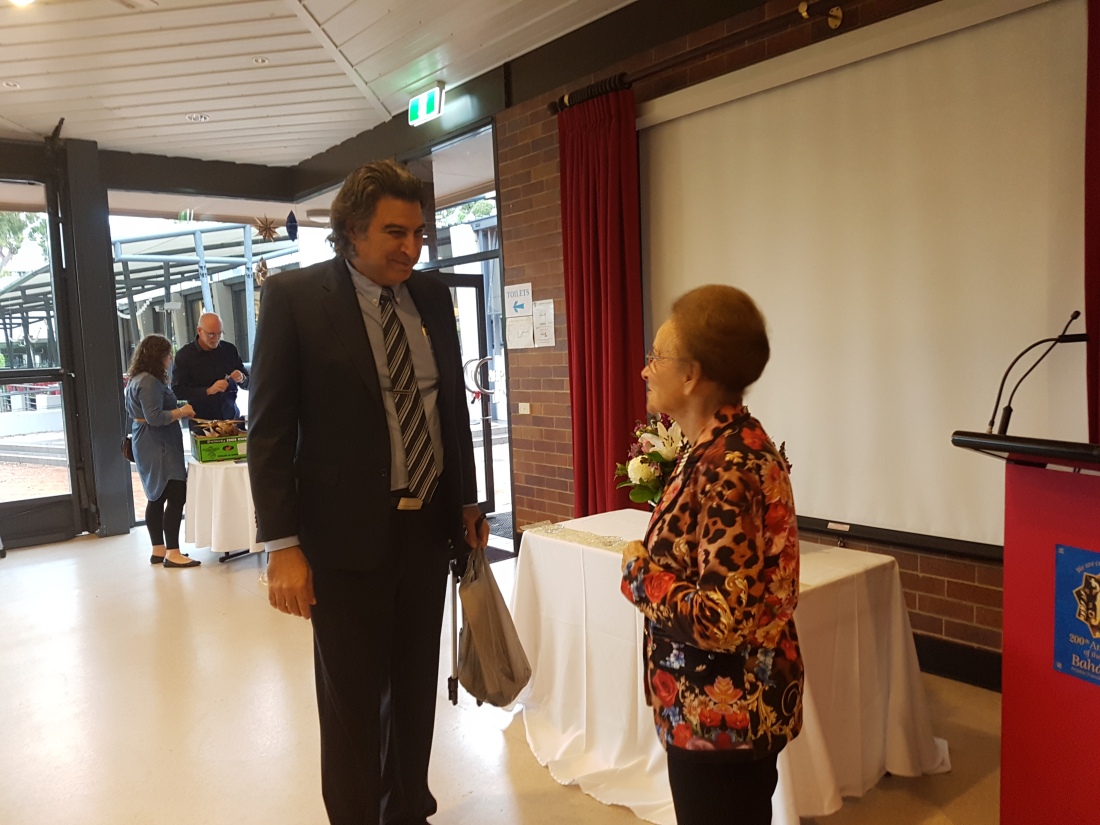 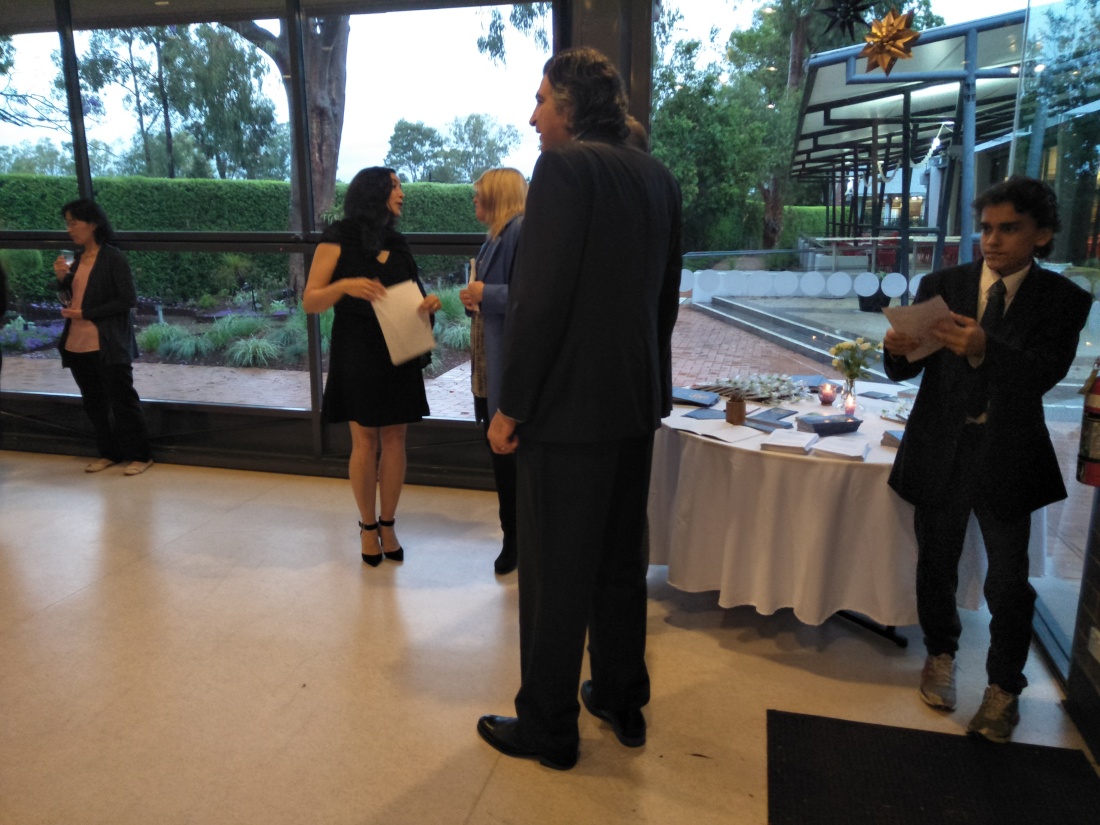 Soon the hall was filled and…

Writer, photographer, lover of unity in diversity in thought and humanity - poet by nature. View all posts by June

One thought on “Bicentenary Event – University of Queensland”

Zach Lyons
Crow On The Wire